What makes a great superhero? Each modern superhero always has a gift or curse which grants them superhuman abilities. Having super strength or unlimited resources they can channel these abilities for a greater good. This way, people other than themselves stand to benefit.

What defines a superhero?

Heroes are not only defined by their superhuman actions. They are characterised by the men and women behind the mask. What goes on beneath the face of courage that overcomes adversity?

Every known hero is flawed. Each has his or her own Achilles heel. These flaws are sometimes not obvious as they are inherently human traits that we all have:

Each of these flaws places additional pressure on seemingly impossible circumstances and yet superheroes seem to do it time and time again.

“How is this possible?” you ask. You don’t need superhuman strength to overcome your own self-doubt. What good is it anyway? What good does it do if you have all the riches in the world yet you doubt your own actions?

The answer is simple. They have a support system, that is, people to whom they can turn for help and reassurance. These people can help them find direction when they are feeling lost.

Superheroes and their support systems

If you had to think about the role that certain people play in helping you achieve your goals, I’m sure that they would share certain similarities with the support systems of superheroes. Your parents, friends and even your school teachers all played a part in helping you achieve your current status. Each of them supplied a word of advice or encouragement that echoes in your mind when striving for greatness and overcoming your challenges.

Support and guidance take time to sink in

It doesn’t happen overnight for words of encouragement to sink in. Take this example of Superman who tells Lois Lane that the “S” on his chest means “Hope” in the film Man of Steel (2013). However, he questions this ideal in the sequel to the film, Batman V Superman: Dawn of Justice (2016). He is falsely accused for an explosion which kills innocent people.  His girlfriend, Lois Lane comes to his aid by reiterating the ideal for which he stands.

Superman: All this time I’ve been living my life the way my father saw it. Righting wrongs for a ghost, thinking I’m here to do good. Superman was never real; just the dream of a farmer from Kansas.

Lois Lane: That farmer’s dream is all some people have. It’s all that gives them hope.

Lois Lane: This (touching the S on his chest) means something.

Superman does not initially agree with Lois. He responds to her by saying that the “S” on his chest meant something on his world but that world doesn’t exist anymore.

His perspective shifts when he recalls a conversation with his adoptive father. His father says to him that it was his adoptive mother who helped him overcome his own nightmarish experience. She is the world to him.

Reflecting back on his father’s experience, Superman finds strength and overcomes his lost hope. This is confirmed, before doing his last heroic deed at the end of the film, when he says to Lois, “This is my world…. You are my world.” This is a vast contrast to his initial comment saying that his world no longer existed.

In life, the role of teachers, parents and peers gives the respective edge that assists individuals to overcome odds and become victorious. Sometimes it’s just reflecting back to their own relatable experiences, or providing the relatable link, making difficult concepts or ideas easier to understand.

This potential, as in the example of Superman, is not something that happens overnight. It is something that takes time to develop and nurture both within and through a support system that believes in the same ideals.

Sometimes heroes need to find their own feet without the involvement of their support system. In Wonder Woman (2017), Diana’s (Wonder Woman’s) mother knows that Diana needs to go to fight in the first World War as depicted in the film. However she is reluctant to let her go. Her words to Diana as she leaves her home of Themyscira are: “I know I cannot stop you … You know that if you choose to leave, you may never return.”

Diana responds to her mother: “Who will I be if I stay?” stating her stance of following her values over her mother’s wishes. In parting, her mother responds giving her one last word of guidance to stay true to who she is: “Be careful in the world of men, Diana. They do not deserve you. You have been my greatest love. Today, you are my greatest sorrow.”

Parents sometimes need to give their children space to discover what it is they need on their own. As much as parents need to be involved, they also need to keep their distance and know when to keep it. There is always a time when children will need their parents no matter how old they are.

In the blog post “7 Things Kids Need To Do For Themselves Before They Turn 13” the writer makes a good point regarding this, especially when it comes to children and their academics:

“Of course, struggling students may need more help, but your average student should be able to meet deadlines without parent intervention, keep up with homework, and show up to class on time.”

You can read the full blog here:

Superheroes need the right platform to recharge and reinvent themselves

The correct platform of support is vital in overcoming situations. Iron Man, Green Arrow and Batman could not be the heroes they are without the financial support that they have.  Money gives them the opportunity to use and create the gadgets that help them to be the heroes they are. The people and resources behind the gadgets help make the hero. Iron Man has JARVIS, his supercomputer that helps him create his amazing suits. Batman has Lucius Fox who provides him with all the new gadgets that his company has developed and shelved.

The role of the environment is also important. Superman could not have his strength and gifts if it weren’t for Earth’s sun. He gains strength from his physical environment.

Different environments assist different children. Home schooling is a solution for some children to reach their potential but for others, a normal schooling system would work best. The role of parents is to identify what most suits their child and to realise that each child is different. Superman and Batman gain their strength by different means.

Superheroes need support from their peers and role models

Sometimes inspiration comes from being real with each other: stating facts as facts. For example, Hawkeye says to Wanda Maximoff after they find shelter from an invading army of robots in Avengers: Age of Ultron (2015): “Are you up for this? Are you? …I’m going back out there because it’s my job and I can’t do my job and baby sit.” Placing emphasis on the goal at hand creates a sense of reality to personal expectations, especially in the thick of things. These hard truths help to awaken the true potential of someone. In short, telling someone: “Pull up your socks” is not a bad thing to do.

Within another comic universe, a great word of advice helps a less experienced hero save people in peril, although he does not feel up to the task. In Justice League (2017), Barry Allen, aka the Flash, confesses his inexperience to Bruce Wayne aka Batman. Batman’s response to him is to “Save one…save one person, don’t talk, don’t fight. Get in and get one out [and then] you’ll know.”

Simple advice from more experienced people helps us to get through difficult tasks. These words of encouragement help to give a focus which further propels someone to greatness. Sometimes it is easier to relate to a role model or rely on a mentor to provide guidance, than it is to a parent or a teacher. Follower and mentor have a common goal and therefore offer each other a respective insight.

Superheroes identify with the human condition

In conclusion, we need to understand, like heroes do, that people need support and reassurance to bring out the best in them. The following quote from Wonder Woman (2017) relates to this: “I used to want to save the world…and bring peace to mankind. But then, I glimpsed the darkness that lives within their light… and learnt that inside every one of them lives both. A choice each one must make for themselves. Something no hero will ever defeat.”

Are you still not convinced that comic book heroes and comics help in learning? Here’s a TED talk from a teacher who used comics to help his students:

CambriLearn and MyTopDog are great platforms that can provide extra support to students, teachers and/or parents. 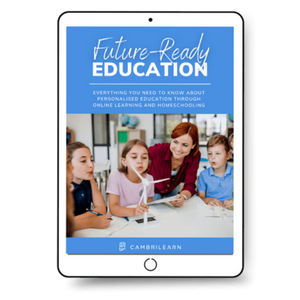 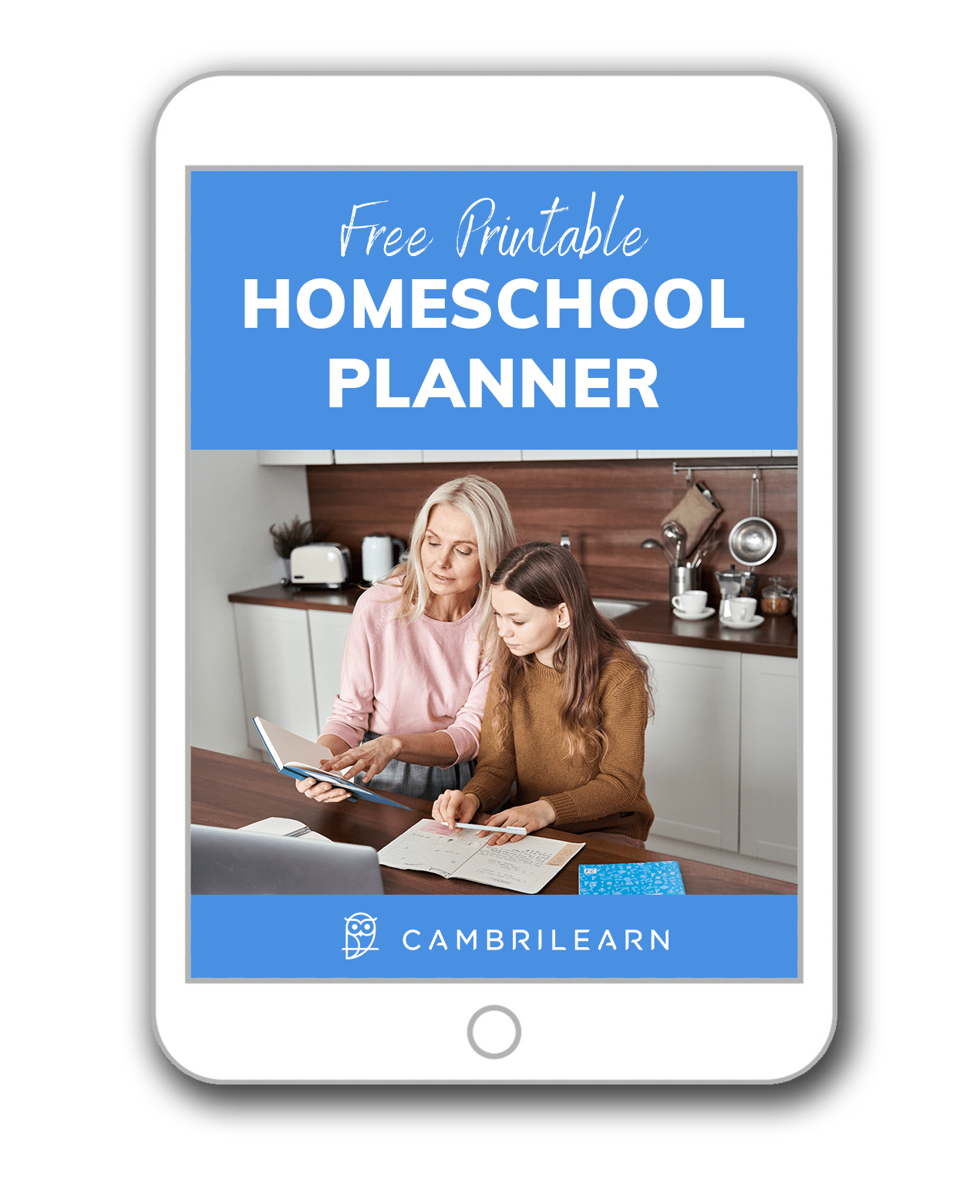